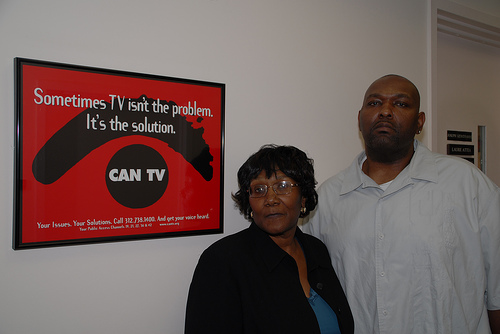 The Green Bay Packers were blessed with Steven Andre Collier. Steve was a former Whitney Young High School Football Hero and went on to college before entering Professional Football. Today I enjoyed a conversation with the 6’7″ 342 pound former Offensive tackle. After Steve left the NFL, he ended up with a job with the Chicago Department of Water Management as a Hoisting Engineer. Steve was very happy in the position and never had any desire for a promotion.
While at work on August 21, 2006, Steve was driving a city backhoe and struck a large pothole. He felt numb and went home early. He went to a hospital later and the emergency room could not find anything wrong. Steve returned to work and was sent to the Chicago “City Doctor”. After, Steve went to his primary doctor, was ordered into a hospital, and was diagnosed with M.S. (Transverse Myelitis) on August 30, 2006. When Steve got out of the hospital, he gave all the medical forms to Superintendent Breslan and John Zander. According to Steve, Zander said he never got the forms. Mr. Collier went to see employee relations on September 11, 2006, to go on family leave. Maureen Egan “did not believe Steve and told him to get a real medical form”, according to Steve. Steve was handed a letter dated September 13, 2006, on the same day, (September 11, 2006), notifying him of his termination. While trying to resolve his situation with Maureen Egan, Steve’s time passed to file an appeal with the Personnel Board. This issue is in Federal Court in an EEOC Federal Lawsuit. I think Steve might need to have Mike Ditka and Frank Avila handle this matter instead. On a personal thought, I think the Chicago Taxpayers would have been best treated if Steve Collier and John Zander settled this on the Football Field. It is a real shame that Danny Davis wrote a letter and Steve is in the same boat. I am tempted to do a T.V. show about this man, just stuck in limbo. Photo by Patrick McDonough.