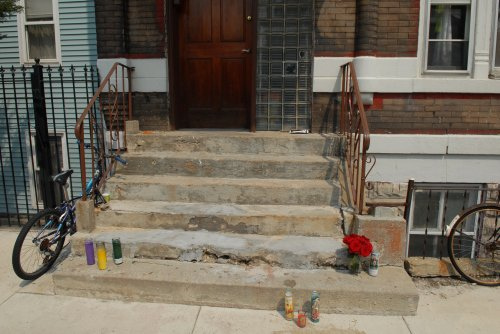 Mayor Daley’s press machine works well at spinning a terrible lie. Chicago Clout warned you about the impending disaster in Chicago’s Streets. How come we knew the Chicago Gangs are at war and Mayor Daley did not? It seems the only thing that Chicago cares about is the “Emerald Belt”. The “Emerald Belt” is a section of Chicago where the elite live. Daley wants to make sure everything is nice and wonderful for these Chicago residents. If you drive to the west and south sides of Chicago, you will find a vacuum that is sucking the life out of the neighborhoods. The Daley spin machine wants you to believe the cause of gang warfare is because of the warm weather. I was amazed to hear from several news sources propagate the false lies as if the gangs start shooting because of the weather. The reason Chicago’s poor neighborhoods are on fire is because the kids have no place to work. The only way for Mayor Daley’s poor residents to make money is to deal drugs. All of the industry has been removed from the west side due to high costs and politicians selling out. This picture was taken at 21st Street and California in Chicago. Some kids were shot and killed over turf wars. In the old days, kids would have a chance to make some money at the Park District or hustle a buck or two at a small store. Mayor Daley needs to reach out to former gang leaders like Wallace “Gator” Bradley and Harold “Noonie” Ward to get the insight needed to rein in the violence. Daley will instead go to the Preachers that also remove opportunity from the poor and cash in on providing votes for Daley backed candidates. Note the bullet holes in the house. All city workers should pack heat Mayor Daley, you ruined the west side. It is time to reach out to gang leadership in jail, they will bring piece back to the streets. Photo by Patrick McDonough