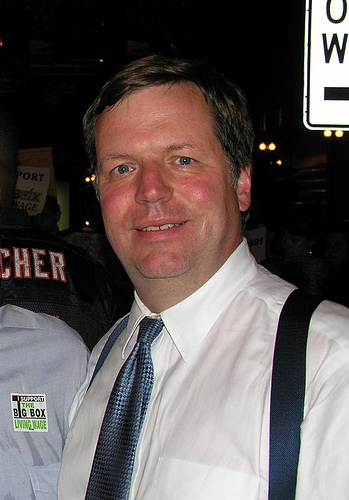 Joe Moore is a Chicago alderman that put up a fight to save ducks that are forced fed food to expand their livers. This rude and crude practice is shameful. Imagine an 11th ward hillbilly like Daley stuffing Foie Gras past those mangy teeth while passing out millions to his friends. I want people to know, this is a sin. God’s animals were put on this earth for a reason. Just like dog fighting, animal cruelty should not be allowed. Someone should tell that phony Daley to go back to the 11th Ward and eat at those 39th street eateries. You can put a suit on a redneck, but a hillbilly is a hillbilly. Alderman Joe Moore is a hero that fought for what is right. Photo by Patrick McDonough