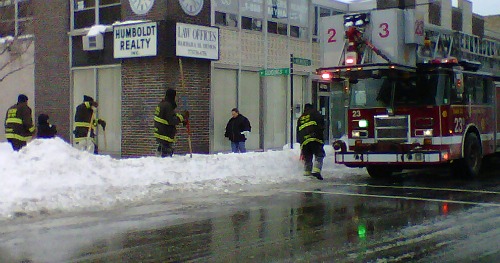 During the Chicago Blizzard of 2011, Chicago Firefighters were looking for Fire Hydrants in case of a fire. They were also digging them out of the snow drifts. Many of Chicago’s Fire Hydrants are frozen solid and do not work. I guess more people need to die before the problem is fixed. I am glad Daley is leaving, the next mayor of chicago has a mess. Photo by Patrick McDonough