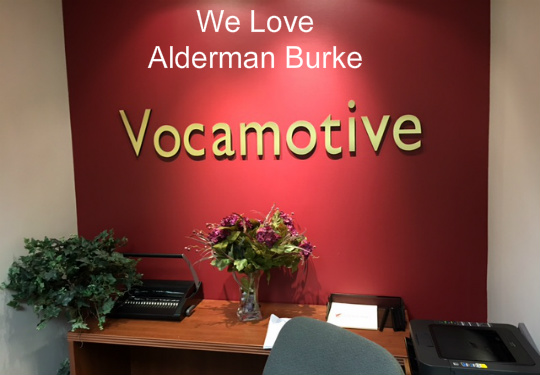 The City of Chicago Committee on Finance is run by Alderman Burke. For some time, Jay Stone, a reformer and political expert in Chicago has taken on the machine. When Jay Stone was investigating the Committee on Finance he ran into a level of corruption that would make Mayor Rahm Emanuel blush. The Chicago Inspector General Joe Ferguson was alerted and if history is any indicator, Joe will do nothing. Shame.

Many Chicago City Workers are injured due to negligence on the part of the city. As a current City of Chicago Department of Water Management Plumber, I firsthand experience a lack of interest making the job safer. I made serval complaints to the Chicago Inspector General, newspapers, and the mayor’s office to make a proper work environment. I was concerned about lead and fecal matter in drinking water. Water main quality and shoring was a major concern. Many of the water main repair crews still carry around shoring and it never leaves the trailers. It is just for show. If someone is injured, the shoring is placed next to the ditch. False reports are made every day showing safety procedures are followed.

The City of Chicago has still failed to complete across the board drug testing, and as a result many workers are crippled no fault of their own. The City of Chicago treats injured workers different. Clout and Corruption rules supreme.

Not long ago, I was injured and I still have serious lasting problem from two injuries. One in July of 2011 after an attack by an off-duty police detective. This incident is finally under the radar by the U.S. Department of Justice. I also have an injury from September of 2013. I will give details when the time is right.

I was not going to write about these incidents, but many additional injured workers complained to me, I knew something needed to be done. We made some videos. We talked to major newspapers. We talked to reporters. Jay Stone became an important advocate for those with no voice. Jay Stone is an inspiration to me. Some videos were made which exposed black workers that were denied treatment. They were later fired for b.s. reasons. Some black workers lost their jobs through an unfair system.

Jay Stone uncovered a pay to play system at the Committee on Finance. Many contractors that provide services to Chicago are expected to pony up to Alderman Burke and the Democratic Party. One person at the Committee at Finance, had a family member working for a contractor that did hundreds of thousands of dollars of work at the Department of Water Management. To this day, there is not proof any work was done. The lawyers are expected to pay up for democratic candidates. The judges make completely different decisions on relatively same cases. None of the lawyers expose this corruption as it is the way the system works. In fact, Illinois lawyers routinely run a puppy mill in workers’ compensation. The more cases you settle the more money you make. Preparing for cases takes time and money. The real money is in the back end when the medical bills are settled and additional services.

Nestled in the beautiful suburbs of Hinsdale, lies a Chicago subcontractor to Alderman Burke’s Committee on Finance. It is Vocamotive. Vocamotive is a nice business because they a service to employers and Insurance companies. They also provide a service to lawyers. Lawyers “make the deal”, to obtain this service and get a slice of the pie! What better way to move a workers comp case along than to have a lawyer send his client to Vocamotive for “Job Training”. Let me make something perfectly clear, Vocamotive is only there to reduce the liability to insurance company or to the city of Chicago. They give political contributions to Alderman Burke. Nice? When I reviewed what Vocamotive does, I was shocked. They look for every single thing wrong with the student. The reports they write have no dignity at all. They make injured workers look like assholes, it is great for the insurance companies looking for any way to get off the hook. It also works great for plaintiff lawyers because when the city stops the duty disability payments, it forces cripples to settle on the penny. Vocamotive also is another way of hiding records from the injured as they refuse to release records directly to the injured. They hid behind a veil.

On September 15, 2016, I went to the awesome suburbs of Hinsdale. It is a shame Chicago does not use a company in the city as blacks have the lowest employment rate.
I gave Vocamotive a copy of an order to release my records for evaluation by a licensed state agency. I have to pay for my own Vocational Rehabilitation now. The receptionist was nice and was looking for permission to release my records in the back room. It was then I notice the humiliating jobs injured people get from Vocamotive. Ladies were sent to maid duties as a job alternative. Nice eh? The trick is to discourage people and make them quit. Humiliate people that are injured. They are “reservicing” people with costly computer training that are old, and injured. One lady I interviewed, had a stroke is very near retirement; She is applying for positions she is not capable of doing. Amazing how Vocamotive is not under closer scrutiny. She informed me employers are looking at her as a complete liability, no one want to hire a person that can only talk out of part of their mouth. When she had the stoke the Department of Water Management withheld her pay for a couple of years. She had the stroke when she was at Vocamotive and was told to keep working. Nice?

Back to me, the receptionist at Vocamotive returned and told me to return early the next morning to talk to a higher up to obtain the records. Next thing I know, I received an email stating if I returned to Vocamotive, the Hinsdale Police would be called. Vocamotive insinuated I was unprofessional and with a gang of thugs. Something is amiss.

I filed a second complaint against Vocamotive with the Chicago Inspector General and also with the Illinois Board of Higher Education. This company needs to be investigated for discriminating against people. There seems to be a major problem with workers’ rights. People that are injured and file a Workman’s Compensation Claim should be treated better. Not all Chicago City Workers that are injured are sent to Vocational Training. Only the ones that do not engage in politics and those Alderman Burke doesn’t want, are forced out. I contacted Plumbers’ Local 130 and their lawyers responded to this being an Illinois Workers’ Compensation issue, despite the bargaining contract that should to protect workers. I also contacted friends in the media and they felt there is two sides to the story when it comes to injuries. I agree. Only in Illinois could any system be this broken and corrupt. More on this soon.