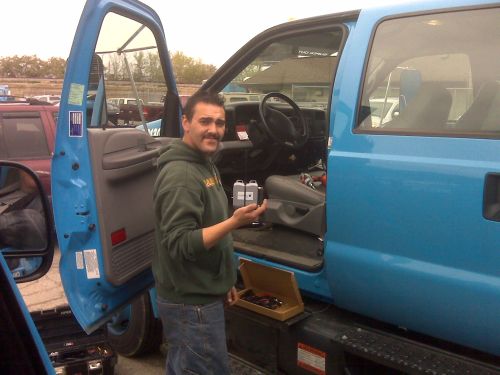 Several City of Chicago employees were shocked when they learned the brand new Investigator truck did not have GPS installed after all these months. Many other employees were shocked when installation of GPS went in today because clout heavy workers do not have GPS in their vehicles. I guess the workers did not know the hour or more they did nothing was under video surveillance at the beginning of the day. I guess they also did not know they were under video surveillance coming into the yard two of more hours early to sleep and get ready for their other day jobs. I guess they did not take the hint when the boss kept busting them sleeping in the sleeping bag, or resting in some other crew’s trucks. Some guys really know how to scam the system for years at a time and forget times are changing. The company installing the GPS is located in Antioch, Illinois. They are subcontractors for a company with the contract. The workers are non-union, do not pay union dues, but are allowed on City property with no background checks. The workers do not need to live in Chicago. Local 134 electricians were just laid off. Maybe Tom McManus can look into this after lunch someday. Photo by Patrick McDonough

4 Replies to “City of Chicago installs GPS in Clout Truck after a long, long wait”