The king of hypocrites, Mayor Daley, is cracking down on lead poisoning in Chicago. Please read this article by Fran Spielman, the City Hall Reporter at the Chicago Sun-Times. Click here: http://www.suntimes.com/news/metro/170221,CST-NWS-lead13.article What Mayor Daley and his Administration failed to tell the public is the most dangerous exposure to lead, the Chicago Water Supply. Most of Chicago’s Water Services from the water main to the house are made of lead. In fact, as a licensed Plumber for the City of Chicago, I am exposed to lead on a daily basis. Lead is in the Fire Hydrants and the joints of the Chicago Water Mains. The old advice of running the tap until the water is cold still runs true. Many Chicago employees only drink bottled water, but I think that is a little extreme. I think you have a better chance of getting lead poisoning in Chicago from drinking the Water than swallowing lead jewelry. In fact, Chicago hires Caulkers which are political laborers that work with lead all day. (or so their job description recommends) Please give me your opinion. Patrick McDonough.

Mayor Daley and his Chicago Administration are quiet about one of his ex-lieutenant’s home getting vandalized. Please read this article by Steve Warmbir, click here: http://www.suntimes.com/news/hired/172894,CST-NWS-hired14.article I think the 11th Ward knows the code of silence, part of the duty of getting a Chicago City job. Keep your mouth shut, do your politics, be a “Good Soldier”, and you will be rewarded greatly. John Daley should put the word out to leave Daniel Katalinic and his family alone, he is the top dog in the 11th Ward. Mayor Daley should apologize in public to Daniel Katalinic and his family and offer an award for the culprits arrest. Leave the guy in peace, he is more of a man than Daley ever was. Patrick McDonough. 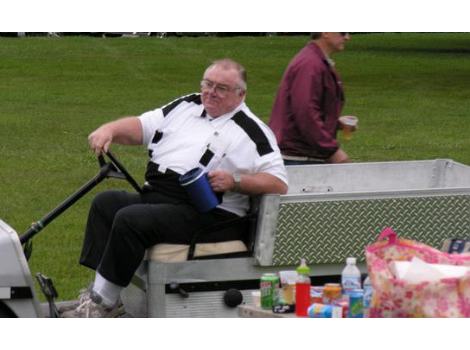 Chicago members of Chicago Plumbers Local 130 demand better representation from from their Union. Problem is the years of excellent leadership by Gerald M. Sullivan has come to a end long ago. Gerald Sullivan made sure his Union Workers were well served and undying loyalty was returned. Many problems including workers rights violations run unchecked against Chicago City employees, and harassment and unfair rotation of overtime continues. Tom McManus a former Union City Worker with a big fat pension and as a Union Representative has forgotten about the little guy says a source. Click here for more information: http://www.plumberslu130ua.org/site/section/1/53 Some Union workers think the Unions need to get out of bed with Daley and the mob. Photo by Patrick McDonough.

Enjoy this photo of William Harper. Mr. Harper is employed at the Chicago Fire Training Academy. William is not just very handsome, he has a degree from Alcorn University, Lorman MS, in Accounting, a Bachelor of Science from De Vry and a Certificate as a Word Processing Specialist from Tayor/American Business Institute. Chicago City Workers are proud of his accomplishments. Mr. Harper is a model employee with a perfect record in every aspect of job performance. The problem? He as been an Administrative Assistant III for many years. His boss left for another position and William has been an Acting Computer Analyst, when he started asking for the position, the troubles started. Note to the Mayor Daley’s Administration, the Acting and Transfer policies are political. Lets change the policy that does not reward Chicago’s talented workers. We need to expose more people like William and find out what the Shakman officials are doing in a public manner. I am seeing a pattern to the way the black workers are treated after speaking out about injustices. Photo by Patrick McDonough. 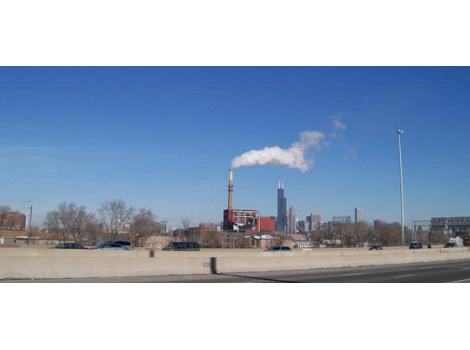 Mayor Daley was just interviewed by Channel 5’s Mary Ann Ahern. Daley was bragging about Chicago’s Environmental Movement. He also made it clear the white mayor will not challenge the two black candidates to a debate. One issue that must be debated is the real Chicago Environmental issues. A front page article in the Chicago Tribune agrees with the truth, Chicago has large unreported pollution problems. This picture of a coal plant belches mercury and pollution into our lungs. At night, turn on a strong beam of light and you will see all the particles we breath. Nice article Michael Hawthorne, click here http://www.chicagotribune.com/news/nationworld/chi-0612120320dec12,1,2974331.story story Remember air pollution has never had neighborhoods or borders. Photo by Patrick McDonough.

On December 8, 2006, Tim Novak and Art Golab wrote an article that is a must read for Hired Truck Scandal fans. Click here: http://www.suntimes.com/news/elections/165021,CST-NWS-daley08.article When I was “Deep Water”, the secret source of Mark Brown and the Sun-Times informant on Hired Truck, I had many conversations with Sal Rontondo in the North District Yard. Sal Rontondo told me how he put his company’s name in is Daughter’s name just to keep getting business with the City of Chicago. He was also well aware of the companies that were getting an expanded share of the Trucking Business. I am surprised the FEDs still have not uncovered the Alderman Margaret Laurino, North District District Foreman Anthony “Tony” Laurino, and the recipient of Clout Promotions John D’Amico. John D’Amico is a Illinois State Representative, and Full time employee of the Chicago Department of Water Management. Part of John D’Amico duties is to process utility hits and hand out cameras for crews. John D’Amico is hidden in the Jardine Plant and has high profile clout and connections. John benefited from his political linage as did Paul Hansen. As far as I am concerned the promotions for these positions that I also attempted for were stone cold rigged. I still believe the promotions to District Foreman were a result of long timers scurrying out the door as the FEDs investigations continued to heat up. Rontondo was part of the 39th Ward bunch that ruled the North District Water Department with Levar, Banks and the other competing Alderman. I still wonder why D’Amico, the boss of the crew that got busted with the Hired Truck Scandal never got any discipline for his involvement and supervision. There is two sets of rules in discipline in the Water Department. Last but not least, if you review the campaign donations of John D’Amico, and the money returned, you should be able to figure out the whole Hired Truck North District deal. Also read, click here: http://www.ipsn.org/characters/damico/damicos_lineage_cuts_both_ways.htm Photo by Patrick McDonough. 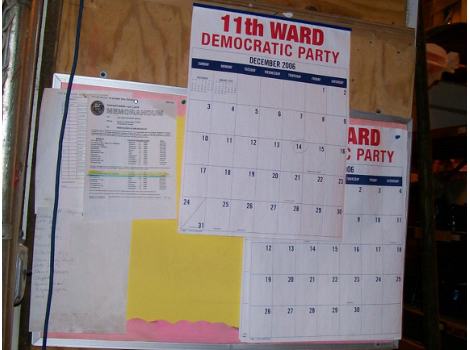 The Chicago Tribune reported a story about Mayor Daley’s petitions circulated at 3901 South Ashland. Also petitions were circulated in the North District Yard on Sunnyside. At 3:00 p.m. December 8, 2006, workers were warned not to “use a pencil, pen, computer, anything on city time or property for politics”. The warning was given by Tom Talley, however I did not hear him give the punishment if caught, a promotion maybe? I never said anything about the guy that was circulating the petition and one of the ladies that signed it because I had my plate full on another issue. However, the cat got out of the bag. If you want to stop politics in the Water Department remove Mayor and John Daley’s propganda posters on Chicago Taxpayer property. Click here for Tribune story http://www.chicagotribune.com/news/local/chi-0612090035dec09,1,7954856.story?coll=chi-newslocal-hed

Please watch this video: http://abclocal.go.com/wls/story?section=local&id=4832989 Look Chicago, It is one thing about Clout and Corruption in the Daley Administration, but Jon Burge under Mayor Daley as States Attorney torturing our black youth and adults is a International Incident. We must make right on this. The Video was on ABC News in Chicago on December 7, 2006. Chicago, let us make right with Harold Hill and Aaron Patterson. Patrick McDonough.

Please read this here: http://www.chicagotribune.com/news/local/chi-0612070129dec07,1,151471.story?coll=chi-news-hed&ctrack=1&cset=true Also please read this here: http://www.chicagotribune.com/news/local/chicago/chi-0612060050dec06,1,2463826.story Just remember something about Mayor Daley, it is hard to teach an old dog new tricks. The Daley Administration keeps up the hiring and promotion fraud and the cash bribes for Christmas are to line Daley’s pockets. Hey Mayor Daley, if the money was going to charity all those years before, lets see the records. Laurie and Todd should get a award for that writing. Patrick McDonough 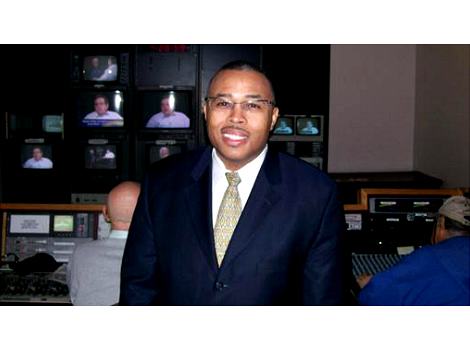